For the first time ever, TIGER LILY, is available as an e-book.  This was the first book I ever had published, so it’s special to me.  I’ve spent the last few weeks editing it and, I’ve got to say, it’s still hot as ever.  I’ve got a sizzling new cover to go with it.  This one’s for the erotica readers out there (although it’s got a healthy amount of romance in there, too.)

When Federal Agent Shanna McKay – aka Lily – is assigned to a new case, her shady past returns to haunt her. She has to bust drug lord Manuel Santos, who caused her sister’s disappearance years ago. The McKay sisters had been wild. Shanna became hooked on sex; her sister hooked on Santos and his drugs. Desperate to even the score, Shanna infiltrates the organization by using her most powerful weapon – her sexuality. She seduces Santos’ men one by one in an attempt to gain access to the main man. It’s a dangerous game and her boss, Joe Mitchell, knows it. He goes undercover in an attempt to save his agent before her own cover is blown. Which will be stronger – Shanna’s lust for Mitchell or her need for vengeance? 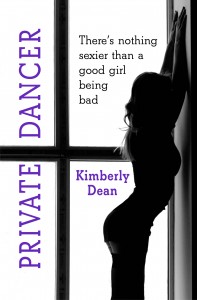 Private Dancer will soon be here

Coming December 20!  To pique your interest, I’ve posted a spicier excerpt from Private Dancer.  This excerpt will be up for a short time only!

I was crushed several years back when Black Lace Books closed their doors.  Working with them had been a fantastic experience for me.  In fact, it was Black Lace that gave me my start by publishing Tiger Lily.  They were a top notch publisher — “erotica written for women by women” was their motto.  They published some hard-hitting stuff and allowed their writers to push the limits, all while maintaining the highest quality of writing.  A good portion of visitors to my site still seem to be searching for the old books.

Well, Black Lace Books may be no more, but I highly recommend you check out Mischief Books.  This is a new publisher of erotica and erotic romance, also based out of the U.K.  I was invited to write for them by none other than my former Black Lace editor, Adam Nevill.  So the band is back together!  My first full-length novel, Private Dancer, releases with them in one week on December 20.  This is the naughty stuff, folks.  This is erotica, although me being me, I might have had to include some romance in there.  It’s definitely pushing the boundaries for the politically correct, which made me very happy.  So if you’re looking for something fun in your stocking, try downloading this to your e-reader.

So look for Private Dancer on the 20th.

And SURPRISE, I plan to release Tiger Lily for the first time as an e-book later this month.  More details on that to come. 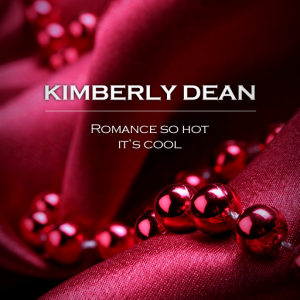 I now have an app available for Android phones.  Look for the free Kimberly Dean app in your app store.  It’s all the same information you find here on my website, but it’s mobile.  Learn about new releases, read excerpts, and download e-books all with the push of a button. I’ll be participating in The Romance Reviews Year End Splash Party.  It starts November 15 and runs through December 15.  There are more than 300 participating authors and publishers, and over 400 prizes up for grabs. Grand prize is a $100 Gift Certificate!

In celebration of the release of LEXIE, I’m running a contest over at Fresh Fiction.  Enter to win a tri-color diamond charm sterling silver necklace.