It’s the first day of winter, although I could swear it arrived about two weeks ago.  The days start to get longer from here, although all this cold and darkness make for pretty cozy reading! On The Prowl is @AReCafe Pick of the Week!

On The Prowl is Lori’s Pick of the Week at the All Romance eBooks Cafe! Halloween Sale at All Romance eBooks – 50% off! I went to a Psychic and Paranormal Fair this past weekend.  It’s the third year I’ve attended, and while I do it for fun, I always learn something I can use in my paranormal books.  The event was super-crowded this year, probably because Halloween is so close.  That made exploring all the booths challenging, but I focused in on one.  I had my tarot cards read.

Whether you believe in these things or not, one thing I’ve noticed is that these people tell really good stories.  From the mediums to the aura readers to the future predictors, the heart of their work lies in their ability to communicate – and they do it in stories.  They concentrate on the hero/heroine (you), pull at your emotions, and take you on a journey.  My journey was to my future.

The first thing I learned is that there’s a story behind every tarot card – and I drew some powerful ones! One was The Magician, who has the tools of creativity.  Coincidence?  I like to think not.  There were also a lot of cards in the suit of wands, which is the suit of ambition and risk-taking.  That’s also pretty close to the mark.  I feel like repeating the entire reading out loud will jinx it, but it was good.  I liked the story the cards told a lot.  At the very least, they told me that I need to get back to writing PDQ!

Hell to Pay Now Available at All Major Retailers

The Longs and the Wilsons had been at war for generations. When Cassidy Wilson moves to Summer Lake, she tries to stay out of the fray. Her dog just won’t let her. Time and again, he ends up right where he shouldn’t—on Rafer Long’s property. Dark and brooding, Rafer is the sexiest of Cassidy’s enemies. Just being near him makes her body grow hot and her knees go weak.

Rafer doesn’t mind finding Cassidy on his turf. Sweet and pretty, he’s lusted after her even when he knows he shouldn’t.  So when her dog gives him an excuse to be with her, he uses it.
Even knowing there will be hell to pay. Fever is free today at Amazon.  Quick!  Go get your copy.  All I ask is that when you’re done reading, you leave an honest review! They call them the lazy days of summer. It’s around this time of the year that we all seem to move a little slower. We don’t have the energy or desire to zip around like crazy people. Even our brains seem to work slower. I recently read an article from The New Yorker that says that this phenomenon is not in our heads.  Research has tied heat and humidity to productivity loss.

So what’s the big deal?  The big deal is that’s my excuse, and I’m sticking to it.

I’ve been struggling to write this summer.  Getting words down on paper (electronic or otherwise) has been difficult.  Once I do, they don’t seem to be the right words.

It’s been a struggle, but I’m not fighting it too hard considering that I’ve published two new full length novels (Courting Suspicion and Courting Gossip) and re-released four old stories (Fever, Hell to Pay, Ghost Flute, and On the Prowl) in the first eight months of 2016.  All in all, that’s not shabby.

I think I’ll take it easy for a while longer. After all, fall will be here too soon.

It’s World Emoji Day, so I made an emoji with Google today.  Sometimes I’m easily distracted… 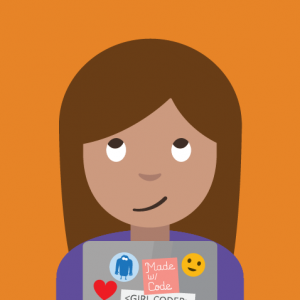